The Stoning of Paul - Godly Friends! 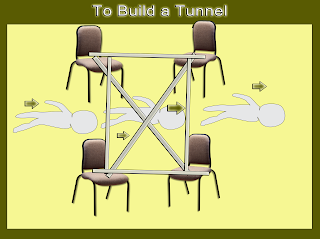 The Purpose of the Lesson Plan: Teach the value of Godly Friendship as taken from Acts 14: 8 - 22 (MSG)

"There was a man in Lystra who couldn't walk. He sat there, crippled since the day of his birth. He heard Paul talking, and Paul, looking him in the eye, saw that he was ripe for God's work, ready to believe. So he said, loud enough for everyone to hear, "Up on your feet!" The man was up in a flash—jumped up and walked around as if he'd been walking all his life.

When the crowd saw what Paul had done, they went wild, calling out in their Lyconian dialect, "The gods have come down! These men are gods!" They called Barnabas "Zeus" and Paul "Hermes" (since Paul did most of the speaking). The priest of the local Zeus shrine got up a parade—bulls and banners and people lined right up to the gates, ready for the ritual of sacrifice.

When Barnabas and Paul finally realized what was going on, they stopped them. Waving their arms, they interrupted the parade, calling out, "What do you think you're doing! We're not gods! We are men just like you, and we're here to bring you the Message, to persuade you to abandon these silly god-superstitions and embrace God himself, the living God. We don't make God; he makes us, and all of this—sky, earth, sea, and everything in them.

"In the generations before us, God let all the different nations go their own way. But even then he didn't leave them without a clue, for he made a good creation, poured down rain and gave bumper crops. When your bellies were full and your hearts happy, there was evidence of good beyond your doing." Talking fast and hard like this, they prevented them from carrying out the sacrifice that would have honored them as gods—but just barely.

Then some Jews from Antioch and Iconium caught up with them and turned the fickle crowd against them. They beat Paul unconscious, dragged him outside the town and left him for dead. But as the disciples gathered around him, he came to and got up. He went back into town and the next day left with Barnabas for Derbe.


After proclaiming the Message in Derbe and establishing a strong core of disciples, they retraced their steps to Lystra, then Iconium, and then Antioch, putting muscle and sinew in the lives of the disciples, urging them to stick with what they had begun to believe and not quit, making it clear to them that it wouldn't be easy: "Anyone signing up for the kingdom of God has to go through plenty of hard times.


Pass the Ball:
For this Drill you will Need: -  a ball to pass around

Have all the students stand, and tell them to pass the ball around the room, without moving, once they start passing the ball, so that everyone touches the ball.  Time them.

Expect them to blow it.  Have them do it a bunch of times, teaching them to take their time, help each other, do it right, start fast, work as a team .. all the lessons of team work.  You might have to make it easier for them if they can not figure out how to make the time faster, or even to succeed in the drill.  I put them in a circle at some point, and have them pass the ball around the circle

Explain the Drill: - Ask them if working together for a common goal, (teamwork), was necessary to succeed and to go faster?  Ask them what else they learned about working with each other.  Add examples from your life about team work.

Now, in your own words, tell them that today's story from the bible is about Paul and his students, disciples, overcoming a touch situation by trusting the Lord, and helping each other, using today's bible story. (do not read it the verses yet.

Have them build a Tunnel using 4 chairs, tape and a ream of paper.  Tell and show them they can roll paper up to make beams, and ask them as a TEAM to build a tunnel that they can all pass under crawling. The tunnel must be able to stand without help on the chairs, and they go from one side to the other.  To make it more fun, thrown paper wads, Stoning then so to speak.  The goal is to get safely from one side to the other, using the whole team to do them work.

Explain the Drill: Same as the former drill - team work, but you have added physical danger.  Tell them about stoning - how they threw big rocks on you, then smaller one, after they threw you off a cliff.  From my perspective, it looks as though there might have even been some healing through prayer going on in this verse, but teaching that is up to you.  Friends and God, however, made this possible for Paul and his students.

Now read the bible verse, explaining as you go, what it felt like, why Paul was uncomfortable being called a God. Why people would have though he was a God, just because he healed. Why God needs to get the Glory.

When you are done, ask them to retell parts of the story, making additions as you go, just to make sure they understand.  I make this into a Game, buy having them compete with each other by loudness or acting or something that works for you group.  Fun is the way to make sure they get into it.
Posted by Madd Dawg McCoy at 8:06 AM