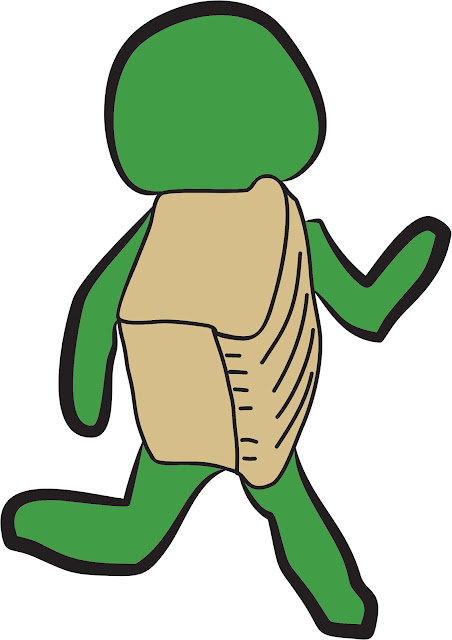 The Purpose of this Lesson Plan is to teach the meaning and life application of John 6:48 (ESV): I am the bread of life.
Understanding what BREAD meant to pre-Plague populations. (Before the Plague destroyed nearly 25% of the earths human population in the 14th century. Bread was an easy to grow grain that enabled the massive population centers to eat.  It was the major food stuff of the Roman empire, and continued to be for the peasants throughout the middle ages.  After the plague, fruits, meats and vegetables became more accessible to every day humans.
So, in a VERY REAL way, BREAD was life to the people in the roman world, and therefore when Jesus taught about bread, everyone knew it was necessary for life itself. 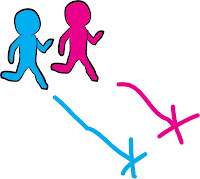 Important Stuff Drill:
Materials: A boy and a girl who will Follow Directions (one of each)
Method: Break the Class into two teams, I am assuming here boys and girls. If you pick another division, like tall and short, then the two in material is one tall one short, rather than one boy and one girl.
A Questioner, You or some other Teen or Adult helper is the Judge. You tell the students that the goal is to take one step at a time to get form point a to point B. They have to earn the right to take a step by answer a question, and they take turns.
The Question: What is something that is absolutely necessary for life. (Like oxygen, water, food, nitrogen, shelter etc.)
Every time they give a correct answer, according to the Questioner, that person gets to take a step toward the final point.  First one there wins.
Feel free, if you have time, to discuss or lecture on each answer they give, or all at once at the end.  The purpose is to get them to understand what is actually important to life.
Once they have that piece of knowledge, tell them what you have time for about Bread's importance to life in Roman times. (It was so important that if Roman Legions had to eat meat, they frequently revolted and killed their general - unless they got bread.)
Then read to them the verse.  Either ask them or tell them how important Jesus was saying he was to life.
-----------------------------
This is the point where we sing, and do collection, but you can do whatever you want.
-----------------------------
Purpose of Part II Drill - To teach them to actually listen and understand, and that frequently our desire to get it right outweighs our desire to listen and obey.
Name of Drill: Go Game (Created by Steve MacGregor of McCoy's Action Karate)
Needed: Children and two lines or walls.
How to Play: Have players line up touching the lines with their finger only - no weight, or they lose before they start.  Tell them that they are to run from one line to the other when you say GO, and not to run when you say anything else, including RUN, GOPHER, GOING .. they only run when you say go.  If they leave when you do not say go, they are out, and must sit down off the playing area.  If they are the last to the other line, they are also out. Last one in wins.
After and/or during play, explain to them the meaning of the game.  If they listen, and do not anticipate, they have a chance of winning the game.  If they anticipate, trying to win, they will GO at the wrong time.  If you have time, have them talk about that, and play again.
The Scripture:  Read to them:

6 After this Jesus went away to the other side of the Sea of Galilee, which is the Sea of Tiberias.2 And a large crowd was following him, because they saw the signs that he was doing on the sick.3 Jesus went up on the mountain, and there he sat down with his disciples. 4 Now the Passover, thefeast of the Jews, was at hand. 5  Lifting up his eyes, then, and seeing that a large crowd was coming toward him, Jesus said to Philip, “Where are we to buy bread, so that these people may eat?” 6 He said this to test him, for he himself knew what he would do. 7  Philip answered him, “Two hundred denarii[a] worth of bread would not be enough for each of them to get a little.” 8 One of his disciples,Andrew, Simon Peter's brother, said to him, 9 “There is a boy here who has five barley loaves and two fish, but what are they for so many?” 10 Jesus said, “Have the people sit down.” Now there was much grass in the place. So the men sat down, about five thousand in number. 11 Jesus then took the loaves, and when he had given thanks, he distributed them to those who were seated. So also the fish, as much as they wanted. 12 And when they had eaten their fill, he told his disciples, “Gather up the leftover fragments, that nothing may be lost.” 13 So they gathered them up and filled twelve baskets with fragments from the five barley loaves left by those who had eaten. 14 When the people saw the sign that he had done, they said, “This is indeed the Prophet who is to come into the world!”
15  Perceiving then that they were about to come and take him by force to make him king, Jesuswithdrew again to the mountain by himself.

16 When evening came, his disciples went down to the sea, 17 got into a boat, and started across the sea to Capernaum. It was now dark, and Jesus had not yet come to them. 18 The sea became rough because a strong wind was blowing. 19 When they had rowed about three or four miles,[b] they saw Jesus walking on the sea and coming near the boat, and they were frightened. 20  But he said to them, “It is I; do not be afraid.” 21 Then they were glad to take him into the boat, and immediately the boat was at the land to which they were going.


I Am the Bread of Life

22 On the next day the crowd that remained on the other side of the sea saw that there had been onlyone boat there, and that Jesus had not entered the boat with his disciples, but that his disciples had gone away alone. 23 Other boats from Tiberias came near the place where they had eaten the bread after the Lord had given thanks. 24  So when the crowd saw that Jesus was not there, nor his disciples, they themselves got into the boats and went to Capernaum, seeking Jesus.
25 When they found him on the other side of the sea, they said to him, “Rabbi, when did you come here?” 26 Jesus answered them, “Truly, truly, I say to you, you are seeking me, not because you sawsigns, but because you ate your fill of the loaves. 27  Do not work for the food that perishes, but forthe food that endures to eternal life, which the Son of Man will give to you. For on him God the Father has set his seal.” 28 Then they said to him, “What must we do, to be doing the works of God?”29 Jesus answered them, “This is the work of God, that you believe in him whom he has sent.” 30 So they said to him, “Then what sign do you do, that we may see and believe you? What work do you perform? 31  Our fathers ate the manna in the wilderness; as it is written, ‘He gave them bread from heaven to eat.’” 32 Jesus then said to them, “Truly, truly, I say to you, it was not Moses who gave you the bread from heaven, but my Father gives you the true bread from heaven. 33 For the bread of God is he who comes down from heaven and gives life to the world.” 34 They said to him, “Sir, give us this bread always.”
35 Jesus said to them, “I am the bread of life; whoever comes to me shall not hunger, and whoever believes in me shall never thirst. 36 But I said to you that you have seen me and yet do not believe.37  All that the Father gives me will come to me, and whoever comes to me I will never cast out.38 For I have come down from heaven, not to do my own will but the will of him who sent me. 39 Andthis is the will of him who sent me, that I should lose nothing of all that he has given me, but raise it up on the last day. 40 For this is the will of my Father, that everyone who looks on the Son andbelieves in him should have eternal life, and I will raise him up on the last day.”
Explain the Scripture.  Jesus does an awesome job explaining himself.  Read it.  Ask them to tell you what it means, and how it relates to the go game.